Update on the Trust's Partnership with Scape Group

Over the last eighteen months, Scape Group and Construction Youth Trust have partnered to deliver four Budding Brunels programmes. Scape, and their framework contractors commitment to creating social value has seen young people from Nottingham, Nottinghamshire, Derby, and Gateshead take part in the programme. This autumn will see the final two projects take place in Leicester and Warwickshire.

So far, the programme has seen: 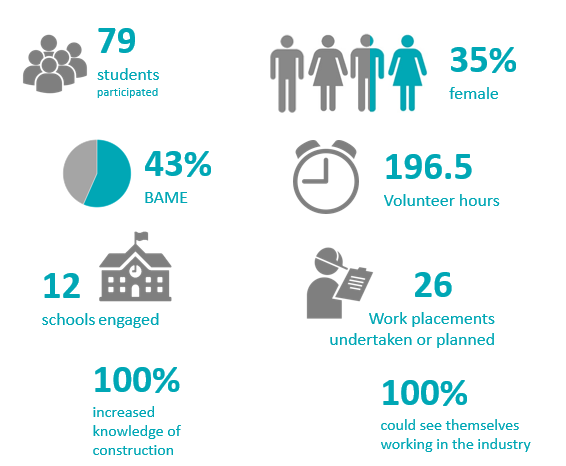 Read about Imogen’s work experience with Lungfish here, and have a look at what we got up to on the course here.

The Trust partnered with Willmott Dixon to deliver a Budding Brunels programme based on the Northern Centre for Emerging Technology (NCET). Young people from four schools and colleges in Gateshead took part in the programme. Students engaged with a total of 11 Willmott Dixon and Scape volunteers over the three days. These volunteers supported the students in understanding the varied careers within the construction industry and the various career pathways they could follow, such as the Willmott Dixon Management Trainee scheme.

The third Scape Budding Brunels project took place in Derby City Centre, and focussed on Wates Group’s refurbishment of the Derby City Council Offices and the Market Hall. Twenty two young people from four local schools in the Derby/ Derbyshire area attended the course, which was supported by 17 volunteers from Wates, who gave over 45 hours of their time.

Read about Lauren’s experience of the course, here.

The fourth Scape project was based in Nottinghamshire and was supported by staff from Willmott Dixon. The focus of the Budding Brunels project was the creation of a brand new retirement village called Winwood Heights. 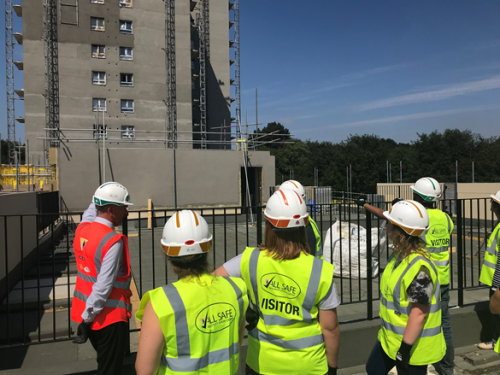