#notjustforboys by the only Wang on the panel

The following guest blog post has been written by Phil Wang - comedian, engineer and one of our amazing panelists from the upcoming #notjustforboys breakout session at the Construction Industry Summit. 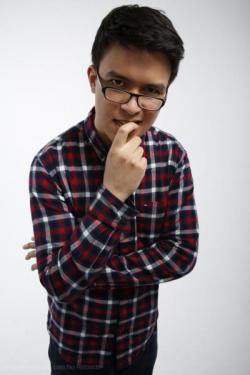 I studied Engineering at Cambridge University for four years, and the top mark in our first year was won by a girl. I stopped paying attention to the league table after that (because I discovered comedy – which involved a lot more self-gratification, and a lot less trigonometry), but I think she may even have claimed the title two or three more times.

Throughout my school years, my academic rivals in Maths and Science were almost always girls.  And with a doctor mother and a (now) lawyer sister, I was never by any means the top professional at home either. So the idea that girls/women/counter-men (whatever you want to call them) were in some way inherently less interested or capable in Maths and Science came to me as something of a surprise when I was made aware of it in my teens.

It was a surprise because it’s simply not true. Scientific aptitude knows no sex, although many of us are still brought up subscribing to traditional gender roles. It starts early, with boys’ toys including building blocks and construction vehicles, and girls’ toys consisting almost entirely of baby dolls, mini ovens and other forms of Mother-Practice™. Boys are taught to be effective and practical above all else, while girls, to be compassionate and humble.

Now, construction and comedy are rarely mentioned in the same breath, but in the case of gender equality there are distinct parallels. Both have historically suffered a startlingly similar image problem – i.e. “NO GIRLS, CHEERS”. Men build the bridges that the women may walk over them, and men tell the jokes that the ladies may giggle, their hysterical humours revitalized, ready for another busy day of blushing. This perception is thankfully changing in comedy. An industry that was once the preserve of men is now beginning to be dominated at the top tier by women; the current charge led by the likes of Katherine Ryan, Bridget Christie, and Sara Pascoe. Women are also coming to match – and in some cases surpass – men in the areas of comedy production, commissioning, and talent management.

As Maths and Science continue to be popularized in mainstream culture, and as interest in them is gradually stripped of its nerdy, male monopoly, a gender shift similar to comedy’s is bound to happen in engineering as well. Not just in construction, but in all the engineering disciplines: mechanical engineering, chemical engineering, computer engineering, and whoever it is that makes singing birthday cards.

The battle is not yet won, though. As long as the country’s main touchstone for female mathematicians is Countdown, there will still be work to be done. But if more young women can be encouraged to let go of the baseless assumptions of what a woman’s career is, and take up the set square instead, they might just solve an industry-wide gender imbalance and a national skills shortage in one fell swoop. Classic multitasking.

Who knows? We may even see a day when female builders shout crass sexual innuendos at men in the street. It’s unlikely. But a Wang can dream, can’t he?

Join us at the Construction Industry Summit, where will will be hosting a #notjustforboys panel debate around diversity in the construction sector.