We have a team of Trustees with years of experience within the construction industry who help guide and advise the senior management team. Find out more about who they are.

Edward is the Chairman of Sir Robert McAlpine and an Executive Partner in the Family business. He joined in 2000 having graduated from the University of Reading with a BSc Hons in Construction Management and Engineering. He is incredibly proud to be a Trustee of the Construction Youth Trust, a role which he took on in 2017. He also is a member of the Global Advisory Board for “Women in Construction”. 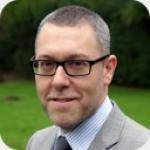 Mathew has worked in the construction industry for over 28 years, the last 25 of which have been predominantly in the affordable housing sector as a client, a contractor and as a consultant.

Mathew is the group CEO and owner of Echelon Consultancy Group, a leading asset management and procurement consultancy working primarily in the public and private housing sectors. He is also the owner of a framework management company (Pretium Frameworks Limited) that is supporting numerous procurement hubs across the UK and is also a published author.

As well as being a Trustee for CYT. Mathew is also a Trustee for Herts Young Homeless, a charity in Hertfordshire focusing on preventing homelessness through positive intervention. Outside of work, Mathew’s main passion is motorcycle racing and currently sponsors a British Ducati Challenger rider in the British Superbikes Series. 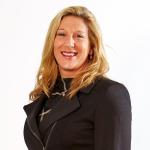 Victoria is a Chartered Surveyor and Managing Director at Perfect Circle, a property, construction and infrastructure consultancy.  Her passion for the industry started with a grounding as an Architectural Technician, moving onto working in local government and public procurement for 24 years. She has a deep understanding of the fiscal challenges in the public sector and the opportunities that can be created to secure real value for money and strong social impact.

Through focused leadership and management at Perfect Circle, Victoria encourages collaborative behaviours to drive better project outcomes.  She is a strong advocate of blending delivery of services from the expertise of national and global business integrated with the specialisms and passions of local SMEs, as the lifeblood of local economies.

Victoria is committed to being a visible role model to inspire the next generation, particularly when it comes to tackling the gender imbalance in the male-dominated construction and infrastructure industry.  She is a champion in inspiring young people and women into the industry, through coaching individuals and presenting and debating on national and regional platforms, winning the Women in Construction category at the Nottingham Women in Business Awards in 2017 and a finalist in the Leicester Women in Business Awards 2019. Participating as a judge in the Construction News Awards in 2019 and 2020 she has encouraged and inspired young people to continue in the industry, judging the Rising Star category. 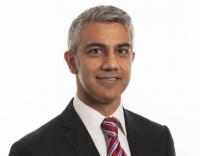 Assad is a solicitor specialising in Projects and Construction and a partner at the specialist real estate law firm, Trowers and Hamlins. He negotiates and drafts building and Engineering contracts and development agreements for commercial clients and public sector bodies.

Bill Meredith is an audit partner with KPMG and is a fellow of the Institute of Chartered Accountants. He has worked for KPMG for 29 years and been a partner for 17 years.

Bill specialises in infrastructure and construction businesses and has been the lead audit partner for FTSE 100 and FTSE 250 Businesses.

Manon is the Development Director of the Major Projects Association, the purpose of which is to improve the initiation and delivery of major projects. Over the past 14 years Manon has been involved in every aspect of delivering that vision: from the production of thought leadership publications to the development of the Major Project Knowledge Hub.

Manon established the Major Projects Association's Gender Balance initiative which frames the issue of diversity as a challenge for the whole sector to improve performance . Through this approach the Association has been able to engage a very male-dominated group of business leaders in a tough conversation, enabling them to take ownership of their own responses. In this capacity Manon also Chairs the Infrastructure Client Group Equality, Diversity and Inclusion group. She is also a member of the Advisory Board for the Women in Construction Summit, serves on the Steering Committee of UCL research study into women in major projects leadership.

As a competitive drug-free power-lifter Manon is used to being in male-dominated environments such as infrastructure. In the 14 years that she has been competing she has won 13 World Championships, 9 European Championships and held 7 World Records and a host of British titles and records.

She is a keen writer and a practiced speaker and Chair. She has written on topics close to her heart in a number of online publications including "Infrastructure Intelligence", "The Guardian" and in online publications as well as via her own blog "Passionate about Powerlifting" and she has contributed to a number of events as speaker and Chair including the Women in Construction Summit 2018; the 2018 and 2019 Oxford Literary Festival; All Party Parliamentary Group on Infrastructure panel on The Feminist City and the Global Engineering Congress (Oct 2018}.

Since 2017, Russell Taylor has been the Head Teacher at Robert Clack School in Dagenham, which he attended as a pupil between 1989 and 1996. He gained a first-class degree in economics at Queen Mary and trained as a teacher at the Institute of Education. He joined the Robert Clack staff in 2002 with the intention of making a difference to the lives of the young people in the borough where he grew up.

Russell lives locally to the school with his family and enjoys spending as much time with them as his job allows! He likes to keep fit, and daily walks with Oscar, his Hungarian Vizsla, contributes to this.

Having started her career as a Quantity Surveyor, Katy is now Executive Vice President at leading development and construction business Skansa UK. She was the 2013 Women in the City Woman of Achievement and 2015 BIFM Leader of the Year.

Katy is passionate about equality, diversity, inclusion and building for a better society. 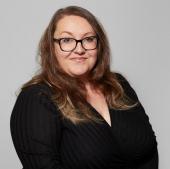 Holly Price was the Training and Development Director at Keltbray Group for 15 years, playing a crucial role in engineering sustainable and considerable growth through getting the right people in the right place at the right time. Holly started her career in the demolition industry aged just 17, training to be an engineer, and went on to become Europe’s only female explosives engineer in the sector.

Throughout her time at Keltbray, Holly also took the lead on Social Value delivery and played an active role in industry partnerships with trade associations and other educational establishments promoting skills in the construction sector.

In early 2022 Holly was appointed as Group Sustainability Director and her collaborative leadership approach has best placed her to take responsibility for the implementation of Keltbray’s published targets for environmental, social and economic sustainability.

Holly actively promotes the need to widen the talent pool by embracing diversity and attracting newcomers from all backgrounds to the industry, and she tirelessly campaigns for continuous improvement of industry standards. 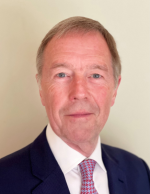 Paul has been with Stanhope since its inception and was appointed to the Main Board in 2002, responsible for business operations, including the coordination and management of the company’s projects. He is still actively involved, as a Senior Advisor to the business.

As a Chartered Civil Engineer, eight years of his early career was with the John Laing Group, both in the UK and overseas.

After joining Stanhope, he managed the design and construction team on the Broadgate development and since then his role has encompassed leadership positions on major headquarter buildings for companies including Unilever, ITN, Rothschild, BSkyB, Legal&General and Bloomberg, together with the position of MD on PFI developments for HM Treasury and HM Revenue and Customs and repeat business projects for partners such as The Crown Estate, Mitsui Fudosan and Mitsubishi Estate. In parallel he also undertaken advisory roles providing guidance on projects including Glyndbourne Opera House, Natural History Museum, Serpentine Pavilion, National Audit Office and Bafta.

Additionally, he has been appointed Non Executive Director to the Royal Household and Estate Advisor to Guy’s and St Thomas’s Foundation Trust.

As Director for AECOM Manjinder (Jin) leads the Civil Infrastructure Roads business, responsbile for People, Clients and Delivery, working across all National Highway Authorities, as well as a significant number of Local Highway Auhtorities acrosss the UK&I region. Jin has held other senior roles with AECOM inlcuding Operations Director for the Transportation business.

Jin is a Charter Civil Engineer by background and is passionate about supporting and mentoring our future generations. As Business Sponsor for Equity, Diversity and Inclusion at AECOM, Jin is committed to making a real difference by helping the future talent for our industry to feel empowered and inspired to grow.

Patricia sits on the Turner & Townsend Executive Board and as UK Managing Director leads a team of 2000+ people servicing clients across Real Estate, Infrastructure and Natural Resources markets.

Patricia’s experience encompasses the whole programme lifecycle, she is skilled in business case appraisal, major programme set up, delivery through to commercial close and claims resolution.

A Member of the Royal Institution of Chartered Surveyors, Patricia has an MSc in Construction Law and Arbitration, is an Associate of the Chartered Institute of Arbitrators and has a Diploma in Company Direction from the Institute of Directors.