We have had a fantastic couple of days at the Construction Industry Summit this week, where the Trust has been Education Partner.

The highlight of day two was our #notjustforboys breakout session which saw a packed room enjoying a lively and passionate panel discussion, which included Sophie Walker, leader of Women’s Equality Party; Terrie Alafat from CIOH; Phil Wang; Anne McNamara from Shine & Victoria Brambini Director of Scape Procure – all chaired expertly by Paul Hacket director of the Smith institute. Feedback has been hugely positive, with the organisers and attendees saying it was both inspirational and enjoyable. The event formed part of the activity for the hugely successful #notjustforboys campaign which was launched last year and challenges the misconception that construction careers are aimed only at men. 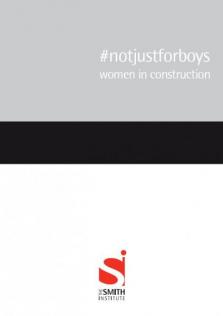 The new edition is available to download on the website here. It includes a brand new preface and will bring the report up-to-date in a post-Brexit context where the skills gap is high on both the political, economic and industry’s agenda.  The Trust will also be sending the report directly to MPs and the parliamentary library as well as major industry groups and through other networks.

The #notjustforboys break out session was a lively and passionate panel discussion with comments from both the panelists and the audience on issues and solutions regarding ways that the industry can attract more women into construction careers; both by celebrating success and by removing barriers. 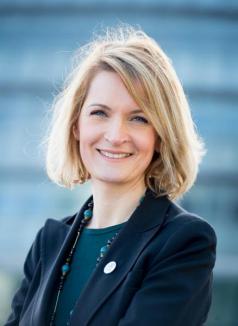 Sophie Walker, leader of the Women’s Equality party, commented during the session: “…Girls & women have unequal education in this country which means they have unequal employment opportunities…. We need to encourage creativity and tell a better story of how women can build and shape their communities… If you want real change you don't have to ask permission, you just have to go out and do it.”

Phil Wang, comedian and engineer, commented during the session: “My mother was a doctor, so I grew up with the cultural attitude that you can do whatever you want - gender doesn't make a difference... It's up to men to challenge each other when heard making sexist comments or 'banter’.”

Terrie Alafat, Chief Executive of CIOH commented during the session: “The leadership has a long to way go in representing the diversity of the workforce in housing.”

Anne McNamara, Bid Director at Shine Bid Services commented during the session: “Women engineers are paid 40% less than men... Let's support each other; men and women, employers and employees, big companies and small, to bring about change.”

Victoria Brambini, Managing Director at Scape Procure commented during the session: “We need to communicate that it's not just construction, it's the social value delivered by that building or structure… The issue is often not recruitment but retention with women unable to get back into work after having a family.”

The panel discussion and questions shows that the industry still has much to do to achieve gender equality; perhaps now more than ever. Today shows however, that we have it within our power to make the changes needed to, and for, our industry, our places and our people.

Start a conversation and inspire a generation. #notjustforboys – download the report here.

Find out more at www.notjustforboys.co.uk