The Duke of Gloucester's Young Achievers scheme is a great opportunity for exceptional young professionals under 30 working in construction and the built environment to be commended and celebrated for their achievements.

There are five categories to enter:

One of the category winners is chosen as Overall Winner of the awards scheme. Finalists are judged by a panel of industry experts through a process of presentations and interviews.

New for this year is the option to nominate a colleague! Applying or nominating a colleague only takes a few minutes and can be completed easily via the online form here.

23 year-old Dylan Shankland, a Shadow Contract Performance Supervisor at North Ayrshire Council was awarded the Winner of Winners prize and joint winner of the Surveying category at the prestigious Duke of Gloucester’s Young Achievers Scheme in 2015. 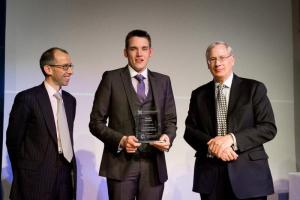 Dylan started his working life as an apprentice plasterer at Ayrshire Council but a serious car accident meant that he was unable to continue with any manual labour.  Rather than let that hold him back, Dylan took up a role as a clerical assistant within the Contract Performance team.  During his three and a half years in this role, Dylan completed an HNC in Quantity Surveying at the City of Glasgow College which, along with his enthusiasm and hard work, led to him being offered a role as a Shadow Contract Performance Supervisor.

Wanting to achieve more, Dylan has now started studying for a degree in Quantity Surveying at Caledonian University in Glasgow.

Dylan says he is proud of his involvement in the local doorstep crime initiative which involves helping the police trace illegal contractors.  He is also active in his local community and is currently helping in the renovation of a historical site.

He also recognised the support that he has received from his employer.

“I am extremely grateful for the opportunities, training and support which I have been provided with throughout my time at North Ayrshire Council,” he says. “Without that support and encouragement I wouldn’t have found my passion for Quantity Surveying and have been able to pursue it in the way that I have.”

The future is clearly very bright for Dylan.

As one of the judges said: “How far Dylan can go, and in what direction, is only limited by his own ambition. I would just like to see him being really ambitious, because he could achieve so much. Another exceptional candidate, with such enormous potential, and the perfect role model for Construction Youth Trust.”

The 2016 Awards are being sponsored by CITB, Arcadis, AECOM, CIOB and KPMG. To find out how you can sponsor the awards please contact John Graham. 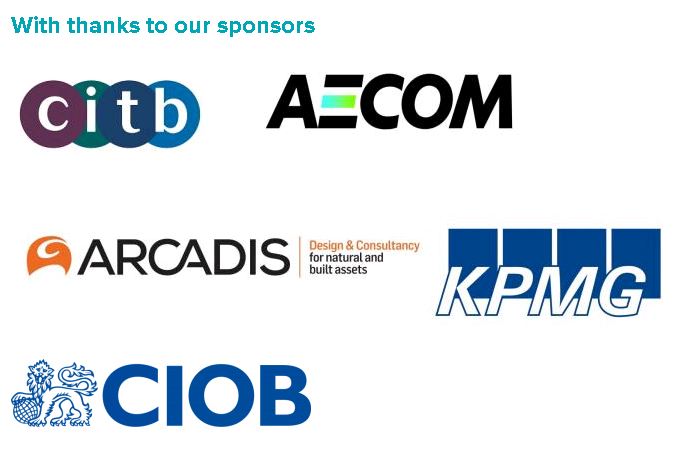