MACE and Construction Youth Trust have worked together in the past with the aim of raising awareness of professional opportunities within the construction industry for young people. This course in Vauxhall, London was the last of the agreed five.

Budding Brunels is an Open College Network London (OCN) accredited course that gives young people, from a diverse range of backgrounds, an insight into the Built Environment, and provides industry-led careers advice from professionals in the field. Our aim is to inform students of the variety of careers available within the construction industry and help them improve their employability skills.

This summer, Construction Youth Trust, in partnership with MACE, delivered a three-day Budding Brunels programme based around Vauxhall SkyGardens.  A project brief was developed around the work being done to construct the tower. Thirty three young people (aged 16-18 years old) from three local schools attended the programme; the delivery of which was supported by MACE volunteers.

The first part of the day was based at Westminster University, London where students were given an overview of the course, including an introduction to the OCN handbook.  After an icebreaker activity, Millie Langridge, Robbie Nightingale and Kate Wales (all volunteers from MACE) arrived to take part in a networking activity and to introduce the work of their company.  In the afternoon, the students were shown a promotional video of Vauxhall SkyGardens and were taken to its site office where Kate gave a presentation about Mace and the projects they have worked on in the past.  In groups, the students were then led on a site tour by William Jackson, an Assistant Construction Manager, which consisted of viewing various apartments at different stages of completion and a visit to the rooftop to see where one of the gardens will eventually be located. 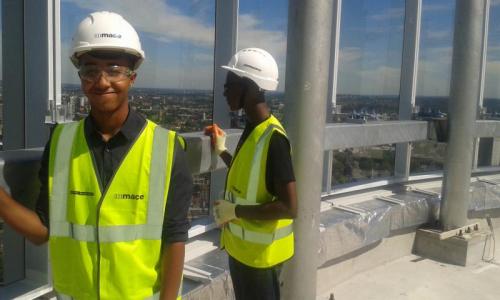 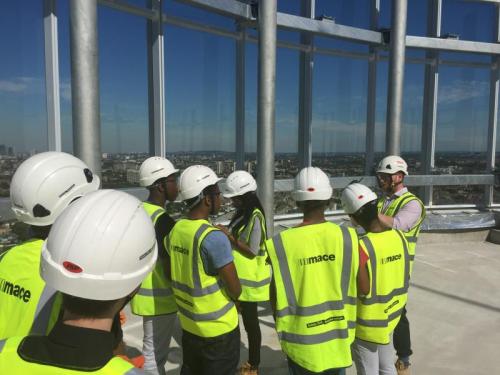 The second day took place at Westminster University and students took part in a range of activities to develop their understanding of the complexity of planning and delivering a construction project and the variety of roles involved.  These activities involved a team tower building challenge where students had to plan and construct a tower using lollipop sticks and other similar materials, a design activity that saw the students create mood boards for the interior of one of the apartments in their tower and finally a public consultation role-play to encourage students to understand the impact of any construction works from different stakeholders’ points of view.  Volunteers supported the students throughout the day; suggesting ideas and prompting students to justify their decisions. 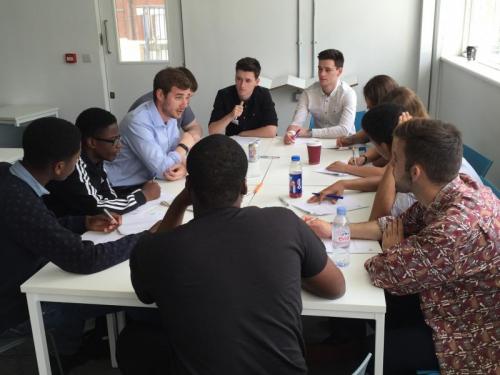 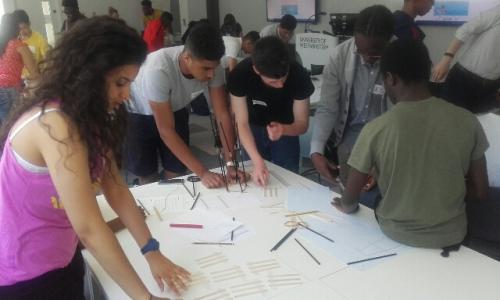 The final day also took place at Westminster University where students spent the morning developing their team presentations.  As well as preparing materials and notes, students were asked to identify what makes an engaging presentation and encouraged to exemplify those presentations skills later.  The six groups of five/six students presented their ideas to a “panel” of volunteers who then agreed on a winning team and gave individual feedback to each group on their performance.

This feedback was incorporated into later discussion of interview skills and students were given the chance to practice in mock interviews before they were interviewed more formally by the volunteers.  Volunteers and staff discussed student performance in interviews so that this may be taken into consideration when allocating work placements and for student feedback.  Whilst the interviews took place students were encouraged to complete their OCN handbooks and in particular reflect on how Health and Safety is taken into consideration on construction sites, drawing on observations from the site tour on Day 1.  To conclude the course, students handed in their OCN handbooks, completed evaluation forms and progress webs and were given university resources to take away. 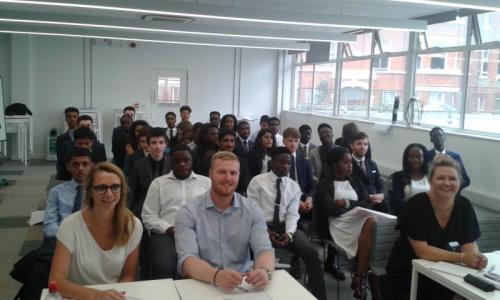 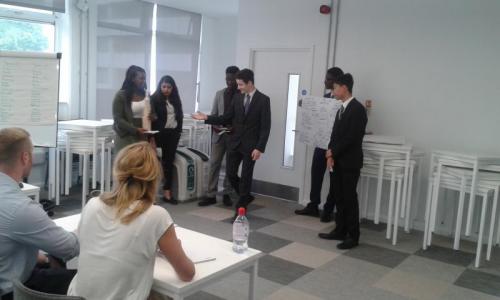 The Budding Brunels course received a very positive response from both the students who participated and the volunteers from MACE.  The growth of students in terms of skills and knowledge was clearly witnessed by staff and volunteers as well as being evidenced in the feedback from students themselves. 85% of the students felt the programme changed their perception of the construction industry and 77% can now see themselves working in the industry.  The range of different potential career paths within construction that the students may now be interested in showcases its success at highlighting the wide variety of job roles and career paths within the industry.

As a result of the course a number of students are currently on 5 day work placements with MACE during their half term.

This project had a meaningful impact on the students that did participate and exemplified a joint effort and continuing productive partnership between Construction Youth Trust and MACE.

We run the Budding Brunels course on a regular basis during term time and welcome potential corporate partners, schools or students to get in touch if they are interested in finding out more. Find upcoming courses here.